Expanding your network and influence via LinkedIn

When you hear the words ‘social media influencer’, it’s likely you picture a Kardashian perfectly posed inspiring you with how #blessed their life is. You’re less likely to immediately go to the image of a well-respected academic sharing the latest in artificial intelligence research – but a University of Melbourne academic is leading the way in this growing field of professionally-focused social media influencers.

Professor Uwe Aickelin, Head of the University’s School of Computing and Information Systems, was recently recognised as one of LinkedIn’s 12 most viewed and engaged people within influential sectors of Australia as part of LinkedIn Spotlight. 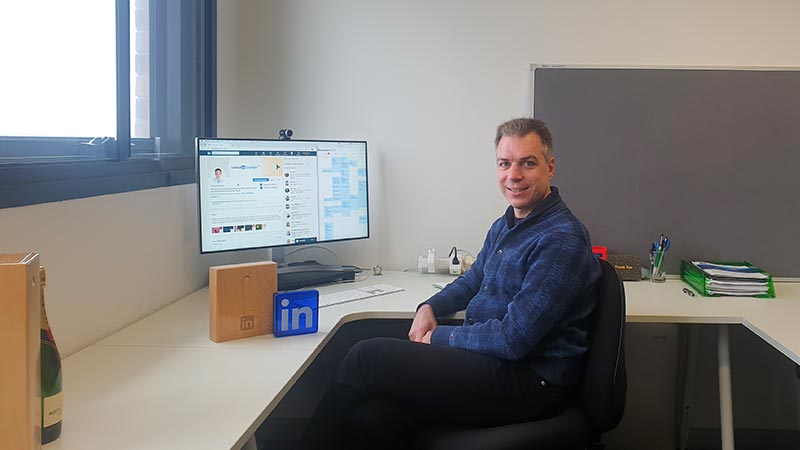 Professor Aickelin shared some insights into how he grew his online profile, the value it’s provided him with and tips for others interested in sharing their insights and research on social media.

From a slow start to full speed ahead

This online success was far from immediate. In a story which would be familiar to many, Professor Aickelin was signed up to but relatively inactive on LinkedIn for about eight years before he decided to start focusing on it as a platform to connect and communicate.

A new job was ultimately the catalyst for this newfound interest – having just started at Melbourne School of Engineering as a Head of School he was eager to build his profile in Australia to connect with fellow researchers and discover prospective PhD candidates searching for a supervisor. 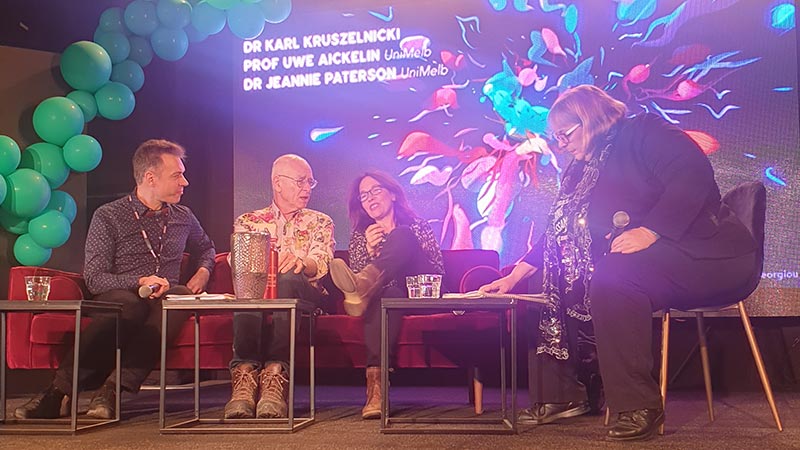 Building momentum didn’t involve particularly dramatic changes. Professor Aickelin’s first step was to learn from others on the platform.

“I hadn’t noticed the level of discussion before on LinkedIn, and it was very useful looking at other profiles and seeing how people communicated their research, commented on others’ posts and interacted with each other.”

Another important change was his approach to connecting on the platform. Where he’d once ignored connection requests, he started accepting any professionally relevant ones while also taking the time to search for people in his research discipline or the higher education sector in Australia. This ultimately proved to be a wise move – within six months his network had grown from around 1,000 people to over 20,000.

Leaving aside the recognition received as one of Australia’s top 12 LinkedIn influencers (which came with a slick trophy and premium bottle of champagne), Professor Aickelin says he’s received a lot of benefit from the time he’s put in on LinkedIn.

It’s worth investing time in ensuring your profile is as strong as possible. People definitely look there, so it should be clear, structured and up to date.

His goal of recruiting new PhD candidates via LinkedIn has now been realised, with one having recently commenced and another joining the University from Germany soon.

It isn’t just student recruitment that has been helped by this social media outreach. As Melbourne School of Engineering looks to grow in line with its MSE 2025 strategy, Professor Aickelin says he’s found it a useful platform to recruit academic staff for a range of roles.

Some tips and advice

Professor Aickelin has a few tips to share for other researchers interested in building their LinkedIn presence and connect with others in their disciplines and beyond.

“It’s worth investing time in ensuring your profile is as strong as possible. People definitely look there, so it should be clear, structured and up to date.”

Actively participating is also a fundamental part of building a strong and engaged network, from connecting with people to sharing posts to commenting and liking content from those within your network and further afield.

“If you don’t have time to create your own content to post, repurpose existing content to get around time constraints. For example, take something published elsewhere and create a question based off that to ask your followers. It’s not the place for full academic papers – keep it short.”

Speaking of those followers, Professor Aickelin also advises actively building your network so what you post can be seen and interacted with as much as possible.

“People are generally happy to connect and there’s a very high limit on daily requests for connections – just be strict with how you filter your searches for people so that you add the right people."

Where to from here?

Professor Aickelin looks forward to continuing to grow his network on LinkedIn, having seen first hand the value it brings him - connect with him.