Could microalgae be the next food trend?

As a food ingredient, microalgae ticks several trend boxes considering its low-impact production, source of meat-free protein and as a nutritionally enhanced food.

As a crop, it’s a viable, high-yield commercial option for non-arable land not suited to conventional agriculture, according to Associate Professor Greg Martin, who leads research in this field at the University of Melbourne. 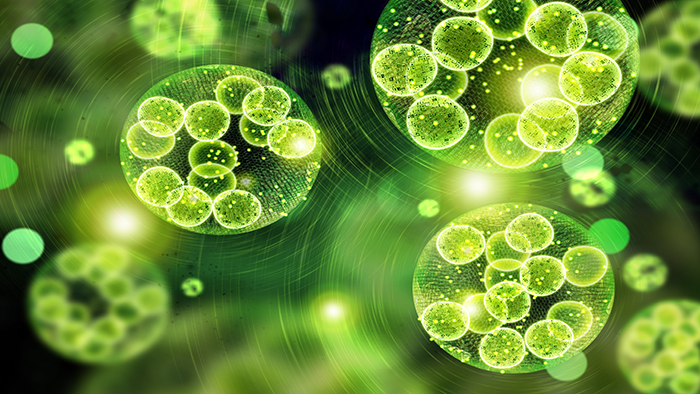 Dr Martin says microalgae can be grown in high concentrations in shallow ponds of saline water, yielding up to 10 times more biomass per hectare than conventional crops such as wheat or vegetables. Some species are especially rich in high-energy oils, driving interest in algal biofuels.

Dr Martin’s work focuses on maximising the value of the algae biomass, including its beneficial nutrition for humans. In addition to oils, dried microalgae can contain approximately 30 per cent protein and contain other valuable lipids with essential omega-3 fatty acids.

Microalgae are photosynthetic organisms made up of a single cell, or sometimes a small number of cells. As the name suggests, they are microscopic, unlike macroalgae, more commonly known as seaweeds, which are much larger combinations of similar, simple cell formations.

Seaweeds have been part of the human diet for millennia, most recently as the source of extracts such as agar and carrageenan used in food processing. Microalgae however, is a relative newcomer to farming and food production.

Only certain classes of algae produce these fatty acids

A growing body of international research demonstrates the value of omega-3s for human health. Farmed microalgae offers a new source of omega 3s and is a sustainable, plant-based alternative to fish and krill harvesting as currently relied upon.

“Only certain classes of algae produce these fatty acids,” Dr Martin says. “Usually these get eaten by fish and the omega-3s accumulate in fish oil. When we eat the fish, or extract that oil from the fish, that’s how we get our supply of it. But there’s only so much fish oil available.”

Dr Martin says microalgae are a very different feedstock to the conventional plants from which oils can be readily extracted and come with their own set of processing challenges. For instance, oils can be extracted most easily from dried algae using a chemical solvent that dissolves the oil. This process however, can use energy-intensive than is viable for the yield of product recovered. 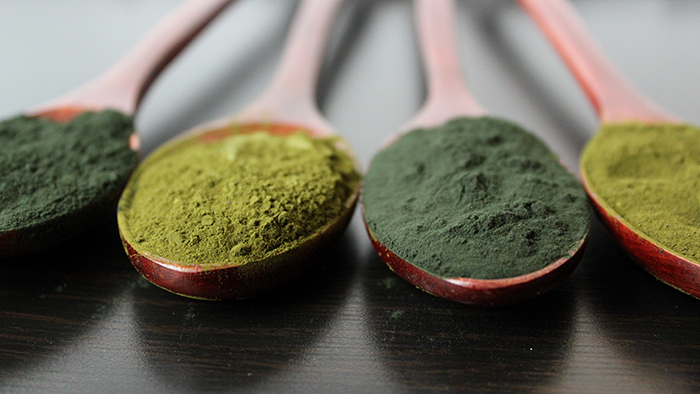 “In food applications, the limit is not so much the energy use, but more about the process itself,” Dr Martin says. “Do you want to be adding toxic, petroleum-derived chemicals if you can avoid it? Our focus is on extracting oil from highly concentrated wet slurries of microalgae without the need for a chemical solvent,” he says.

“Together with colleagues in the School of Chemistry, Dr Wu Li and Professor Muthupandian Ashokkumar, we have developed a process for extracting oils from microalgae and are also interested in how to modify the process for other crops.”

“We’re also starting to look at recovering proteins and identifying the functionality of those proteins. We are putting them into cheese, for instance, to see how they gel or stabilise the product.”

While Dr Martin is based at the University’s Department of Chemical Engineering, his algal processing research is part of the Future Food Hallmark Research Initiative, an interdisciplinary program within the University of Melbourne focusing on alternative proteins.

Ultimately, production and processing will need to be simple and scalable to allow microalgae to reach its potential as an alternative food protein

Dr Martin co-leads two research themes: alternative sources of protein production and proof-of-concept products. He says in terms of algal processing, producers tend to be first-stage processors of their product, unlike in traditional agriculture where crops are usually sold without further processing.

“Our work so far has been focused mainly on processing, rather than production of microalgae, but we also have some projects looking at new ways to deliver the CO2 that microalgae need to grow, using membrane and enzyme technology.”

“Ultimately, production and processing will need to be simple and scalable to allow microalgae to reach its potential as an alternative food protein,” he says.