University of Melbourne alum Stephen Ho wasn’t fazed by life of uncertainty, unexpected occurrences and career changes. Instead, it helped him build a name for himself as the ‘go-to-guy’ when things got tough.

Originally from Malaysia, Stephen moved to Australia for his final year of schooling. He completed Year 12 at Fawkner High School and became the first student in the school’s history to enter university. 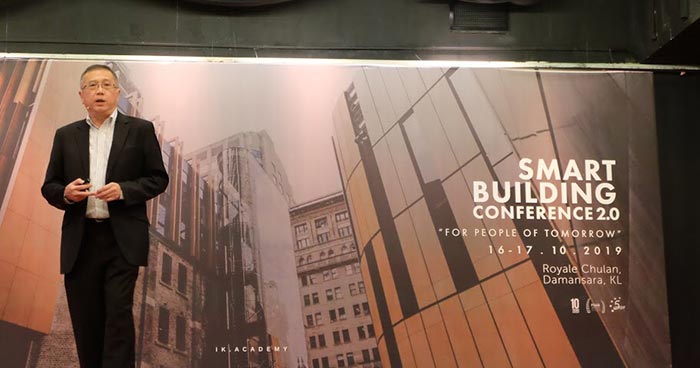 Stephen began studying at the University of Melbourne in 1979, graduating with a degree in mechanical engineering in 1982. He left Australia after graduation, to pursue work internationally.

“I started working in Singapore in procurement. My father told me that even though I studied mechanical engineering, I should not let that be the sole influence for what I wanted to do in my life.

“By 1987, I had started a business in integrated building management services. The business struggled – I was losing money – so I gave it away.”

After trialling various jobs over the following years, Stephen returned to Australia in 1990, this time with his wife and daughter in tow. Despite Australia teetering on the edge of a recession, Stephen secured a role at John Hollands as a Project Engineer – an offer which came with a catch.

“They had a project in Bangladesh. At the time, I didn’t really want to go,” Stephen explains having just relocated his young family down under. He instead opted to make one more attempt to stay in Australia, applying for a role at BHP. He was successful, and so began a 23-year journey at one of Australia’s largest organisations.

With roles ranging from oil and gas exploration, to mergers and acquisitions, and even HR and marketing, Stephen was fortunate to experience the organisation from varied perspectives and  global locations. He was able to establish his own department, successfully implementing the idea of a business model for integrating building management services he’d shelved back in 1987. After 35 years of full-time employment, Stephen decided that it was time for the next stage of his life.

“I became an independent consultant back in Singapore. It was no longer about money – it was about the joy of being able to give advice.”

In 2014, Stephen’s trajectory was again changed when he was asked by one of his friends to assist at a nursing home. 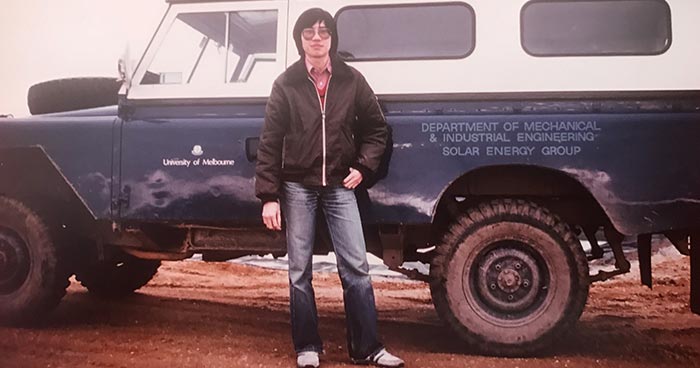 Stephen during his time studying at the University of Melbourne

“I thought I was just going to be pushing a wheelchair or something, but I suddenly realised that nursing homes could be much better run. They just lack people who have worked in big companies or management before to help them manage things.

“I have learned to do things right, as well as wrong. The skills I learned in the corporate world can be applied to those in need so I revamped the community program at the nursing home to deliver better outcomes for patients.”

Stephen didn’t stop there. Reflecting back on his times as a student in Melbourne, he was grateful for all he has learnt in and outside of the classroom.

“The University gave me the necessary education, and living alone in a foreign city gave me first hand experience of what it takes to look after oneself with little money and few friends. “

That’s why in collaboration with his daughter, Tracy, the pair have generously established the Stephen Ho Innovation Award to support students taking part in the University of Melbourne BioDesign Innovation course. 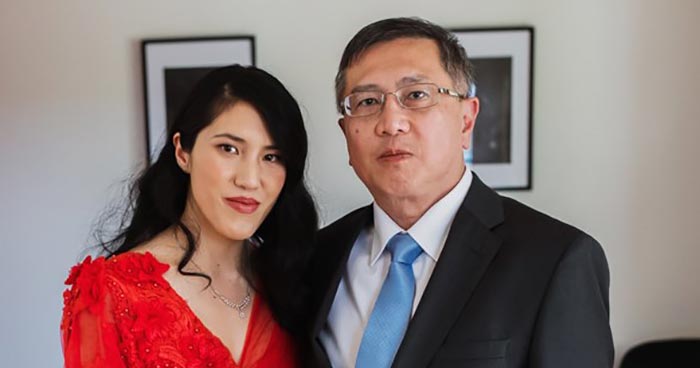 “I wanted to use what I have learned in the fields of technology, and what better area of application than engineering sciences to biology and medical sciences.”

BioDesign Innovation is a subject led by Melbourne School of Engineering’s Professor David Grayden and Melbourne Business School ’s Associate Professor Kwanghui Lim . It unites teams of students from the Master of Engineering and the Master of Business Administration courses to identify clinical needs, validate these needs with the market and then develop prototypes and business plans.

Stephen and Tracy’s gift will go towards prototyping costs and provide students with financial backing to continue the development of their projects after the conclusion of the BioDesign course.

“There were a few reasons leading us to choose to support BioDesign and Innovation.  Sometimes, it just takes that little bit of funding or encouragement to take an idea, germinate it and make it a reality. The area brings real benefits to those of greatest need, and potentially to all of us, and the result is immediate.  It can bring down the cost of health care substantially, improve the delivery of health-related services, improving lives to those who really need it.

There is one objective Stephen has his eye on;. “To make dreams come true. To give purpose and meaning especially to young people.  And for the young and brightest to create better lives for all.”

Stephen is also involved with the University of Melbourne supporting programmes for students in Arts, Film and Media in addition to his generous support to Melbourne School of Engineering.