Artificial Intelligence. As fast as it pervades everyday language it is also accruing its own mythology, stirring in seemingly equal measure excitement, curiosity and concern. Yes, it is the future, but is it what we think? This is a considered question because for many people the greatest fear is that AI, as it is dubbed, will replace thinking ... human thought.

Nothing could be further from the truth. But such perceptions expose the challenge: the need to understand this technology which is increasingly being embedded into almost every commercial and social transaction. Without the intervention of education - of our workforce, our managers and, first up, our teachers – we will indeed risk losing opportunity, and control, particularly as economies and society evolve within a digital matrix.

Already, a Stanford University report says the number of jobs requiring AI skills in the US has increased 4.5-fold since 2013.

So what is Al? Put simply, it is software. And software can go anywhere; into countless electronic applications from smart phones, sensors, control systems, right through to "intelligent" washing machines. As soon as you say a machine is intelligent you are simply saying it has had, to varying degrees, automation programmed in to it. 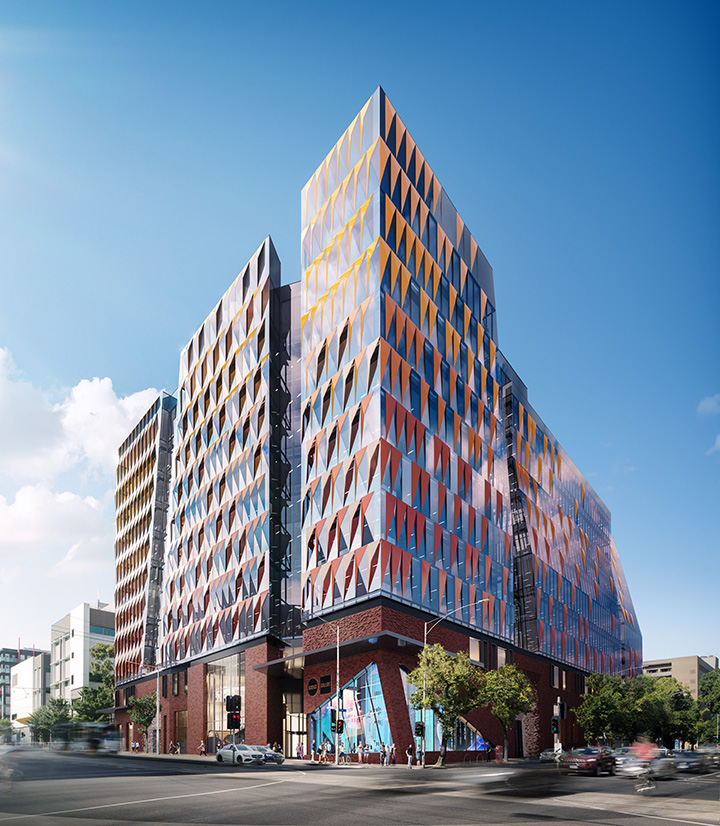 And it is not new. I did my PhD in Al 20 years ago and it wasn't new even then. My PhD was based on developing a better roster system for nurses in a large hospital. It sounds basic, but there were a lot of tricky variables affecting the roster workability, such as the pairing of incompatible personalities or experience and seniority levels across different times of the day and night, which brought in further variables such as popular times, unpopular times, busy times and quiet times. The hospital had asked the question "could a computer help?" and that was the challenge I took up. And, yes, the computer was able to provide a more effective process.

At that time, the users of that computerised rostering system didn't need to understand computing. They just needed to learn how to operate the computer and that program. It was just a new tool. This reflects the way in which we have all grown up in the computer age without (apart from a small number of technicians) feeling the need to understand programming; to be educated in computing.

For example, a recent consumer survey by Pegasystems in the US found 33 per cent of people think they use AI-enabled technology. The actual usage estimate is in fact 77 per cent, further indicating the general lack of understanding.

With the advent of far more powerful and faster programming capacity that can now be inserted into high-level decision-making, plus the digital connectivity defining this era, computing education is the step-change that must happen if we are to maximise the benefits and minimise the risks.

The digital revolution is already changing how we interact, solve problems and complete tasks, including social and interpersonal, physical and manual, technological and cognitive processes. Businesses in particular must start preparing for even more rapid change to ensure people, products and capabilities are able to withstand this. A survey by Adobe has reported that just 15 per cent of enterprises say they are currently using Al, but 31 per cent say it is on the agenda for the next 12 months.

Being ready for this future, which is really already upon us, is not about taking a short course. It is not about learning word processing or data management as it was when computers first entered the workplace. It is about understanding, at an intuitive level, the mathematics and psychology of programming and how these cut across all disciplines. The shift in thinking that is needed is to not see Al and computing as something that sits alone, but something that is a function of every profession, be it medicine, law, accounting, engineering or the arts.

It is within the context of an economy's many and varied professions and disciplines - including those that don't yet even exist - that we need to be educated in Al. Computing, that has decisionmaking capabilities, that can facilitate creative thinking and problem solving, has the potential to bring massive advances to all professions. But to be effective it will need people to have some knowledge of programming - not to be programmers, but to know how to recruit the technology and deploy it as a functional tool. It requires a new form of literacy.

While not everyone will need to know how to write algorithms, every organisation will benefit from having people who can read them and interrogate them to ensure they are performing as intended ... to know when something is not working, needs tuning or adapting, or harbours potential failures. It's like having your house painted. If you have never done any painting you can't tell the contractor what to do, but if you have done a little painting yourself then you do have an idea of whether or not they are doing a good job.

So what skills do you need? Mathematics, logic, permutations and combinations, statistics and programming certainly come into it, but they are obvious elements. It goes beyond these basics. If, for example, your objective is to build a decision-support system, then you need first to understand how and why people make decisions. So psychology, finance, regulatory frameworks, business management, critical path analysis, etc, may have to be factored in.

Essentially an algorithm needs the same functionality as the skills and knowledge you yourself would apply if you were doing this. But this is still not enough. You need creativity. You need creative people who can apply creative thinkin2 and novel perspectives model the problem or challenge. This is a complex but crucial step. Building a model reveals what inputs are required for Al to produce the outputs that are expected in the real world. And you will soon see from this that the development of effective Al requires broad and interdisciplinary skills. 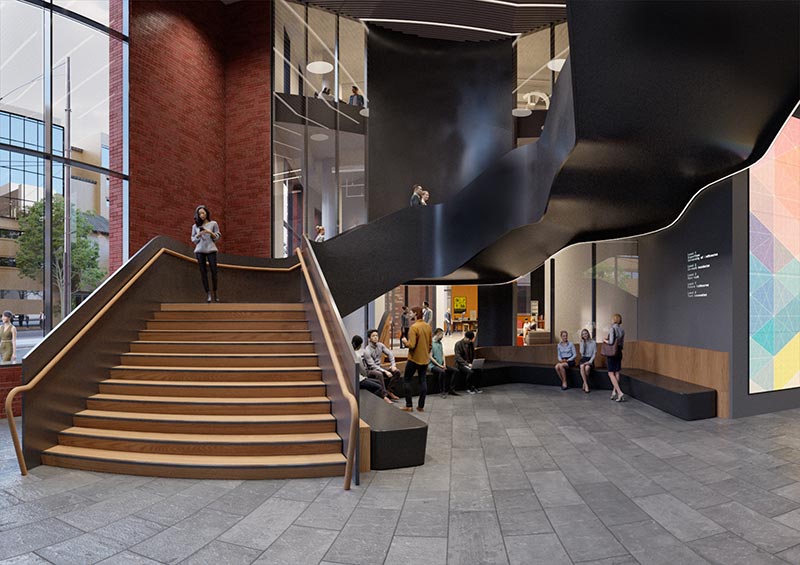 This is a challenge, and an opportunity, for policy-makers and industry, but even more significantly, for the education sector. And it is this very challenge that is at the core of one of the largest education infrastructure projects ever undertaken in Australia. The University of Melbourne is building a whole new precinct that will model a future economy in a digital landscape in which Al, in its various guises, is a fundamental platform.

The precinct, Melbourne Connect, is a partnership with a consortium led by Lendlease to create an inter-connected "innovation ecosystem" in the heart of Melbourne. It will co-locate research, industry, government and entrepreneurs into a purpose-built precinct that will function as a model through which we can simulate interacting economic, social and technical variables, including automation and machine learning, and test new approaches to how we discover, problem-solve, work, learn and engage in the future.

In effect, we will be modelling and building up strategic knowledge about the economic, social and behavioural impacts arising from the integration of advanced AI capability within industry and society. At stake is an estimated $2 trillion of economic growth believed to be achievable through advanced automation.

A key element of Melbourne Connect - scheduled for completion at the end of 2020 - is that it is being designed so that people from different faculties and industries will interact with each other and, specifically, with computer science. It is based on how we envisage the future economy. We see a cross-disciplinary system driving innovation and growth. It will take people out of their professional and industry silos. 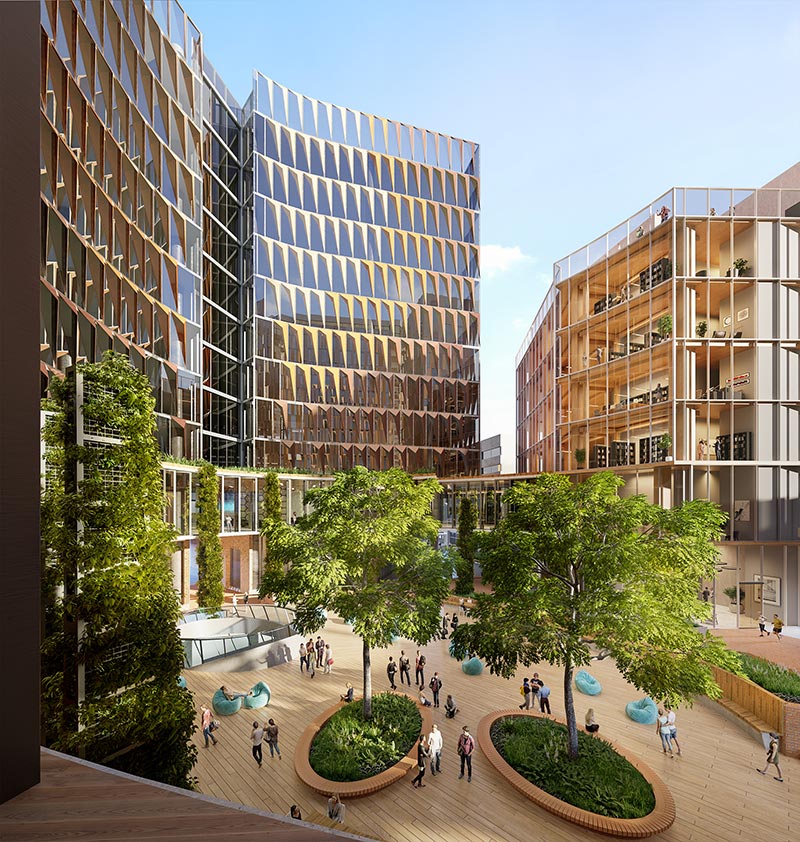 For computer scientists it is particularly exciting because, through Melbourne Connect, we will be taking our science to everyone - including the general public. Importantly, the precinct will facilitate community participation through Science Gallery Melbourne and a hands-on fabrication laboratory. It will also include the already-developed Biometric Mirror, an interactive application that shows how you may be perceived by others. The Biometric Mirror takes your photo and analyses it to identify your demographic and personality characteristics. These include traits such as your degree of attractiveness, aggression, emotional stability and even your "weirdness". It's a bit of fun but has an important message. The Biometric Mirror uses a dataset of thousands of facial images and evaluations made by a large pool of people who have rated the perceived personality traits for each of the faces in the database. The AI compares your photo to this dataset of faces.

The mirror's judgement can be confronting but it is an important education tool because it demonstrates the possible consequences of AI and algorithmic bias. Hopefully it will encourage people to reflect on living and working in a society where government and business increasingly rely on AI to make decisions about you. An informed, educated community is more likely to demand appropriate checks and balances are in place and, equally important, have enough insight to ensure algorithms are accurate.

At the end of the day, AI is going to do more and more of the donkey work, allowing a general upskilling of the workforce and the economy.

Melbourne Connect is one of the reasons I accepted a university post in Australia. Even though I was previously at the University of Nottingham's Ningbo Campus in China, where computing attracts considerable government investment, this is a once-in-a-lifetime opportunity. The Melbourne Connect model is a fundamentally new approach and one that is destined to have a considerable flow-on effect into the economy and education system.

As I have already mentioned, an Al model needs high-quality inputs and one of these will have to be a higher level of computing literacy at the undergraduate level, which means starting in schools and, before that, teacher training.

Currently, as a general rule, a lot of students have a strong interest in computing, but they arrive at university with no programming skills and poor stats and maths skills, which are quite important starting points. This is where other countries, such as the United Kingdom, have a head start. So the paradigm shift we need has to start before university. It needs to involve the whole education system so that everyone has at least a little understanding of computing, even if it is just the basics of what is a good algorithm for, say, sorting some data, and what is a bad algorithm and why. From the perspective of our future workforce in a digital workspace, that alone would be a major advance.

At the end of the day, AI is going to do more and more of the donkey work, allowing a general upskilling of the workforce and the economy. The eventual outcome will be quite the opposite to people becoming redundant, which is a general fear. Instead, one of the consequences is almost sure to be a future in which we are all working fewer hours but more productively and creatively because of the assistance of Al. While there will always be discomfort during any economic transition, history shows how quickly communities adjust and thrive when given new directions.

It all comes down to understanding today that we, as individuals and as a workforce, must take the step from simply knowing how to operate computers to actually understanding computing. Achieving this will expand human ingenuity in ways we can only dream of. It brings the prospect of unprecedented creativity; the creation of entirely new industries and economies.

And that is, after all, what a university is for - to create the future.

Professor Uwe Aickelin is head of the School of Computing and Information Systems at the University of Melbourne.

This article originally appeared in The Australian.