Potentially deadly landslides and mine or tunnel collapses can be predicted weeks in advance thanks to a new tool developed at the University of Melbourne.

In a paper published in Nature Scientific Reports, University of Melbourne researchers demonstrate how the Xinmo landslide – and events like it – can be predicted with unparalleled accuracy well in advance. 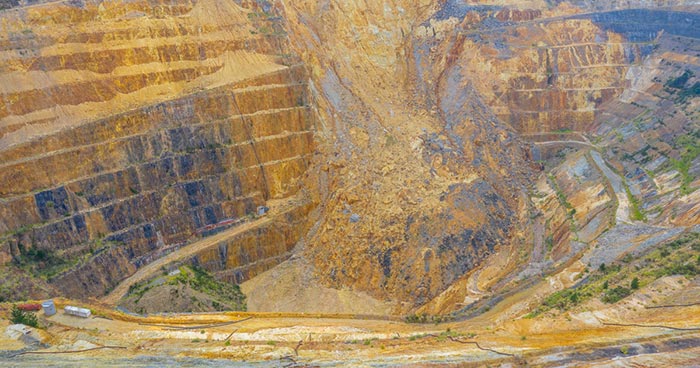 The research team, led by Professor Antoinette Tordesillas, has shown that SSSAFE could pinpoint the location of the Xinmo landslide on satellite images a year in advance of the catastrophic collapse.

Professor Tordesillas believes that had the tool be available at the time, Xinmo village may have had a one month advance warning before the catastrophe.

“With SSSAFE, we can improve the lead time possible for predicting failures, increasing it from hours to weeks,” she explains. “That’s important because it creates time to deploy more effective mitigative measures that can save lives, property and infrastructure.”

SSSAFE builds on years of research into the forces that bind and destabilise the cohesion of granular materials, from concrete in dams and rock in tunnels through to grain in a silo.

“We started by understanding the forces that produce these failures in the laboratory,” Professor Tordesillas says. “We then proved we could translate that understanding and make predictions about real-world catastrophic landslides using satellite, drone or ground-based radar images.”

The science behind the predictions involves an innovative mix of experimental, mathematical and statistical analysis. 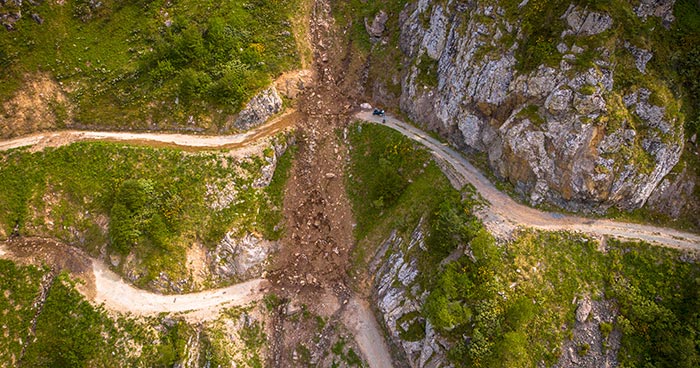 A failure happens when conditions such as heavy rainfall, or blasting in the case of mining, destabilise the ability of the force chains to bear weight.

“We can’t see force chains directly in a satellite image,” Professor Tordesillas says. “Instead, we learnt to detect the clues that force chains leave behind as they shift and change.

“We can now analyse these clues in readily measured properties, such as ground motion, captured in satellite images.”

The work has important implications, particularly for mining, major infrastructure projects like tunnels and dams and even to optimise the composition of bullet proof vests.

Professor Tordesillas pursues these applications through partnerships that include the US Department of Defence, industry), UNESCO’s Centre for Landslide Risk Reduction and the governments of landslide-prone nations, such as Nepal. 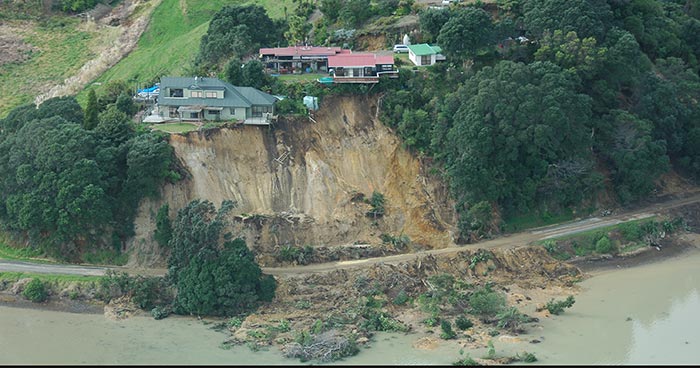 Her team focuses on predicting slope failures to save lives and prevent billions of dollars of economic damage.

While Professor Tordesillas hopes the next few years will see the roll-out of SSSAFE-based landslide detection systems, she sounds a note of caution.

“Nations that often experience loss of life from natural landslides tend to be poorer and these nations may need sponsors to help implement a SSSAFE-based system,” she says.

“One important step we took on behalf of these nations was to confirm that accurate SSSAFE predictions are possible with the freely available data from the Sentinel-1 Earth observations images.”

Recent deadly landslides in Indonesia and East Timor triggered by heavy rainfall and deforestation further highlight the importance of this work.

As a researcher who hails from the Philippines, another landslide prone country, Professor Tordesillas works tirelessly to translate longer landslide prediction lead times into better outcomes for communities and rescuers alike.