It will take a lot of energy to supply and treat the water we need for our cities, towns, industries and agricultural systems. Resourcing this energy can be helped greatly by using more renewables, creating better storage technology, improving system operation and generating power from the distribution and treatment processes. Many of these water-energy nexus issues will be the focus of the proposed One Basin CRC that is currently under development. 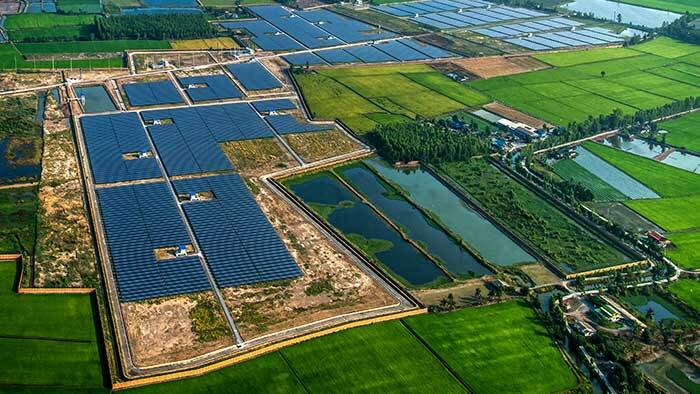 The University’s June Water Security Series online forum discussed the ‘Changing nature of water-energy nexus in urban water supply systems’. New water sources, such as desalination plants, cannot rely on gravity to deliver water for treatment. In addition, significant amounts of energy are required to remove the salt by forcing the seawater through membranes. Urban growth also means more wastewater, which is where energy use in urban water systems is greatest.

According to Dr Wenyan Wu, who lectures in environmental hydrology and water resources in the University’s Department of Infrastructure Engineering, as our water system changes from a central supply model to a combination of centralised and decentralised system with multiple sources, the energy supply is changing with it.

“We now include more renewable energy sources, such as solar and wind. Many of these alternative sources of water and energy can be localised,” Dr Wu says. Climate change, population growth and technology will drive further changes.

“We’ve partnered with 12 other leading Victorian water corporations to purchase 78 gigawatt hours of electricity from a solar farm in north-west Victoria. Doing that on a collective basis has helped us achieve savings,”

“We’ve partnered with 12 other leading Victorian water corporations to purchase 78 gigawatt hours of electricity from a solar farm in north-west Victoria. Doing that on a collective basis has helped us achieve savings,” he says.

In South Australia, SA Water Corporation is a big energy user. This is largely because it has to pump a lot of its supply overland to Adelaide and regional areas from the River Murray, but  is also in part due to its desalination plant and other large water and wastewater treatment plants which use a lot of energy.  They are currently in the process of installing energy generation and storage at many of those sites under the Zero Cost Energy Future Initiative.

“Our energy loads from pumping can be large enough to impact the state’s electricity system and market, so there is really a two-way influence between energy and water systems in South Australia,” says Dr Lisa Blinco, a Water Systems Optimisation Engineer with SA Water.

A lot of effort goes into clever ways of predicting energy demand to take advantage of the way the electricity market now offers ‘spot’ pricing, in contrast to the two-tiered peak and off-peak tariff. SA Water’s around-the-clock control centre monitors changes in the energy market every 30 minutes and Dr Blinco says that is likely to move to five-minute increments in the future. 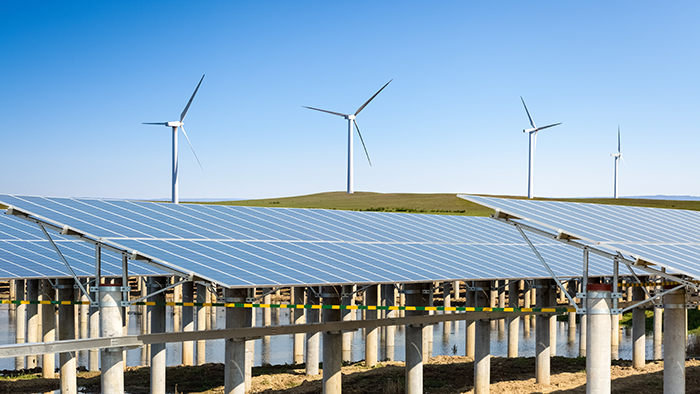 To make the most of flexible power pricing, water authorities need to know their pumping schedules and energy needs to the minute. This is what Angus Simpson and colleagues are working on both in collaboration with the University of Melbourne and at the University of Adelaide, where he is a professor in the School of Civil, Environmental & Mining Engineering.

“We’re developing techniques that use recursive economic model predictive control, a technique that comes from electrical engineering but which civil engineers really don’t get exposed to. It is particularly useful in determining schedules of pumping operation,” Professor Simpson says. “So, this would be useful for example, for SA Water where in their control room they are looking at these prices all the time and deciding when to pump.”

And as renewables and storage start to play a bigger role in supply, there will be more questions to answer. “There might be advantages to charging or discharging the battery or, depending on the price of electricity from the market, when do you take or send electricity into the grid?” Professor Simpson adds.

Dr Wenyan Wu says a global survey of urban water and energy use showed a trend to cutting greenhouse gas emissions, increasing renewables and integrating water and energy systems when planning and designing these systems. But she says there is also a move to integrate water system design into urban design more broadly, something Australia should consider.

‘Recent changes in Victorian rainfall and runoff – findings and implications’ will be the topic of the next webinar in the Water Security Series on Wednesday 15 July from 12pm to 1pm. Register via Eventbrite