In the move towards generating energy more sustainably, it is small, iterative technological improvements that will drive many of the changes our planet needs.

For the University of Melbourne’s Dr James Bullock, harnessing more energy from the sun by improving existing solar technologies is one such change. 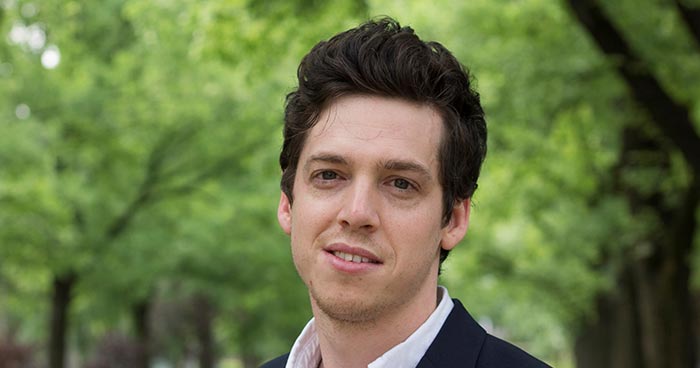 Today’s commercially available photovoltaic cells convert between 20 and 22 per cent of the sun’s energy into electricity – a measure known as ‘solar cell efficiency’. And while this is a big improvement on the technology’s early years, there is still plenty of room for growth.

Dr Bullock’s team at the University of Melbourne’s Sustainable Energy and Environmental Devices Laboratory is working on an important avenue for lifting solar cell efficiency.

They have shown that using thin layers of novel metal compound films, such as titanium and molybdenum oxide, on the outside of the silicon wafers that make up solar cells could lift their efficiency closer to the 29.4 per cent fundamental efficiency limit (the maximum efficiency a silicon solar cell can attain).

Conventional solar cells use a method called ‘impurity doping’, where silicon is ‘doped’ with elements like phosphorus and boron to create special regions which can extract the energy generated in a silicon wafer whilst absorbing sunlight. However, the use of doping comes at a cost as it introduces some negative ‘heavy doping effects’ which limit the solar cell’s efficiency. 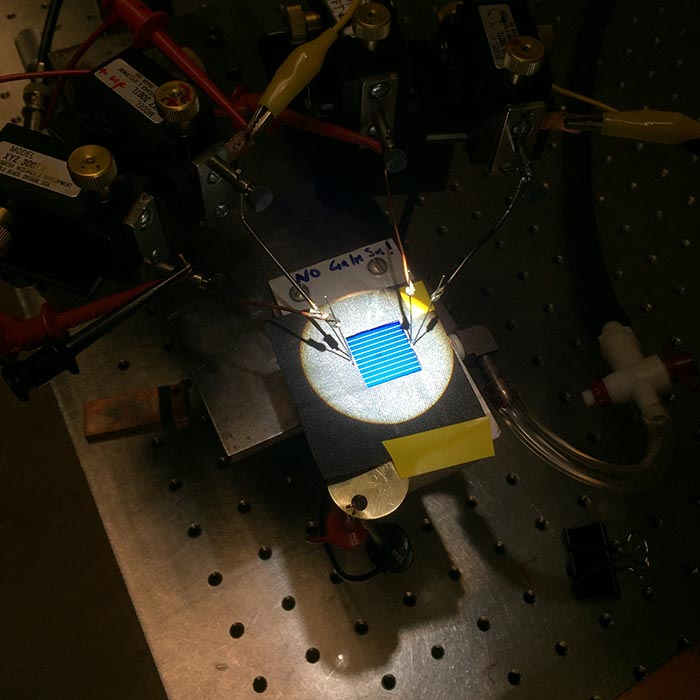 Certain metal compound films, such as molybdenum oxide, can do the same thing as doping without introducing any of the negative effects. This potentially offers a simpler, cheaper alternative to conventional approaches.

The team of electronic engineers and materials scientists has achieved a research proof-of-concept and is developing prototypes to explore how the new technology could best be used.

Dr Bullock, who is based in the Department of Electrical and Electronic Engineering, says even a small increase in photovoltaic cells’ cost-to-performance ratio is significant, and there are additional large flow-on benefits to the whole system.

“It also drives a decrease in what we call the balance-of-system cost, which covers all of the other things needed to install and connect solar cells to the grid. Plus, in urban settings where roof space is limited, efficiency becomes a big factor in the viability of a photovoltaic system.”

An update on the status of this concept, written by Dr Bullock and co-authors, has recently been published in Nature Energy. Prior to joining the University of Melbourne, Dr Bullock completed his PhD at the Australian National University then joined the electrical engineering and computer sciences department as a postdoctoral affiliate at the Lawrence Berkeley National Laboratory, University of California, Berkeley.