BioDesign program sparks a start-up close to the heart

Biotech entrepreneur Elise Sutherland has been named on the prestigious Forbes 30 Under 30 Asia 2020 List; an achievement that has its roots, she says, in the BioDesign Innovation course at the University of Melbourne.

Elise is the founder of Melbourne-based medtech startup Stelect, which is developing a technology to improve the process of inserting stents to keep blocked arteries open.

As part of her Master of Engineering (Biomedical with Business), which she completed in 2017, she undertook the BioDesign Innovation course. 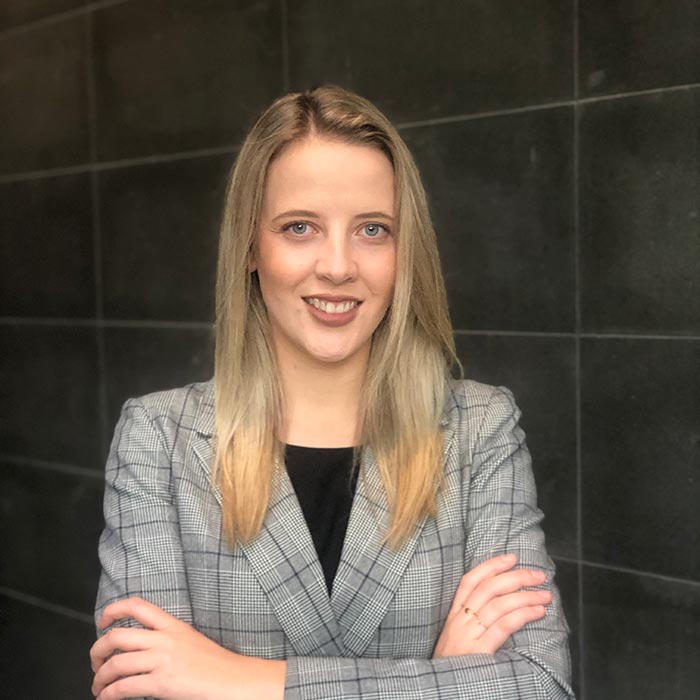 “An objective of the course is to challenge the status quo, and that’s what happened when my course group was watching coronary stenting procedures,” Elise explains. “This is when a tiny metal scaffold is inserted into an artery to keep it open after it has been cleared.”

Her group observed an emergency procedure on a heart-attack patient. The scene was chaotic and, after inserting the stent, the clinician realised he had made it too short. He had to put in a second and then a third stent to cover the full length of the blockage.

It seemed bizarre that something so crucial was reliant on guesswork

Elise later asked why so many attempts had been necessary and how he decided on the length of the stent in the first place. His reply surprised her.

“An educated guess based on the angiogram X-ray,” he told her. “It seemed bizarre that something so crucial was reliant on guesswork,” she says.

After observing the problem in further procedures, the group discovered that up to 70 per cent of stents are sized inaccurately on the first attempt. Existing technology to address the issue has had a less than five per cent uptake; it is an imaging procedure that has to be done separately to the stenting. Coronary clinicians perform eight to 10 stent procedures a day and said there was no time to add on another process, before even factoring in the cost. 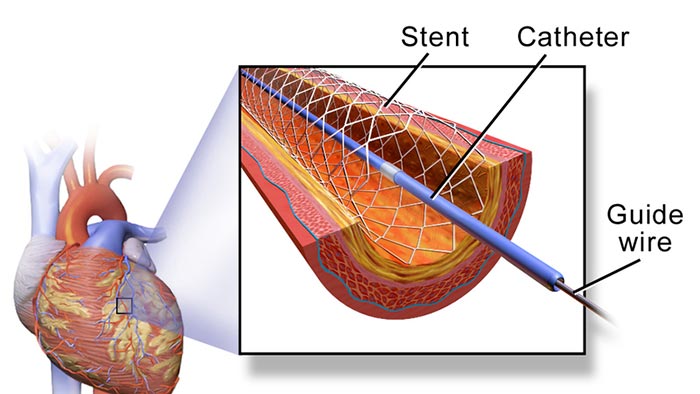 A  stent in a coronary artery

Elise and her group realised they needed to find a way to accurately measure the length of an artery blockage as part of the current procedure, not as an extra step. Their solution was to incorporate tiny ultrasound imaging sensors into the balloon catheter already used in the procedure. After the balloon has been inflated and is being withdrawn to clear the artery, the sensors simultaneously give the clinician a 3D view of the artery’s interior.

The intricate, patented Stelect technology uses 64 sensors ringed around a catheter that is just 1mm in diameter, and the sensors are almost invisible to the naked eye – 40 microns (40,000ths of a millimetre) in diameter. Nonetheless, they can provide the clinician with an accurate measure of the blockage and the required stent length along with other information, such as the composition of the blockage – cholesterol or calcium deposits. This information helps with subsequent treatment plans.

The course group, which included engineering, design and business studies students, was enthusiastic about starting a company to develop the idea and in mid-2018 Stelect was accepted into the Asia-Pacific Medtech Actuator accelerator program. With support from venture capital firm Artesian, they began work in earnest.

“But startup life isn’t for everyone,” says Elise, explaining why the original team gradually dissolved as people moved on. While it can be exciting, she says it comes doubt and uncertainty.

“One of the challenges is learning how to manage yourself through the ups and downs.” Her advice to others embarking on a startup business is to persevere, especially when things are not going as planned.

As a result of her own perseverance Stelect is now into its second of three planned R&D phases. “To date we have raised close to $1 million in investment funds and we’ll need more. The end goal is to see this product used in every stenting procedure around the world.”

I am very open about saying that without the BioDesign Innovation course, Stelect would not exist

Elise is optimistic that Stelect is on track to achieve this, but says, philosophically, that wherever the company does or doesn’t go, she has learned far more than she would have going straight from university into a traditional job.

The ongoing support from Melbourne School of Engineering has also been fantastic, she says. She still has office space at the University and regularly talks with her former professors and other staff who have provided advice to help work through “technical roadblocks”.

“I am very open about saying that without the BioDesign Innovation course, Stelect would not exist.”

“The best innovations come from a real problem or a real need to be solved and that course allowed me to put this into practice. It was also particularly beneficial to be with MBA students who ground your thinking in reality, especially commercial reality. That’s so important if great technical ideas are not to be left on the shelf.”

Master of Engineering (Biomedical with Business)