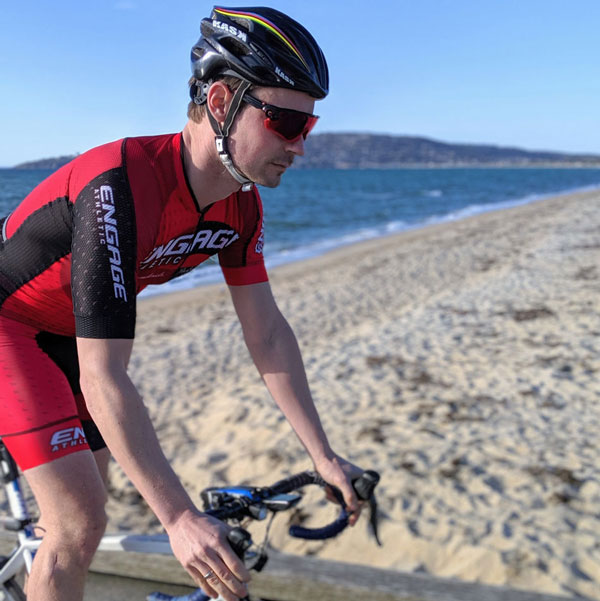 Paul McAlister was expanding a friend’s netball business into apparel supply when he spied a gap in the market to provide high quality, locally-produced uniforms.

“I was constantly let down by manufacturers supplying sub-standard gear, which was often delivered late and meant that I was letting my customers down,” McAlister said.

“This did not sit well with me, and I saw an opportunity to manufacture myself so that I had total control over the supply chain.”

McAlister launched Engage Athletic in 2004, just two years after graduating from his studies in computer science and mechatronics engineering at the University of Melbourne.

The plan was to supply teams and schools with sports uniforms, but his experience as a speed skater coupled with a passion for fluid dynamics meant McAlister soon made the leap to manufacturing speed skating suits and team gear for Skate Australia. This move into technical sportswear became the key focus of the business and he has never looked back.

It’s my dream market because I love applying the skills from my engineering degree – particularly fluid dynamics and materials analysis – to discover and apply the best possible materials and techniques to achieve the optimal aerodynamics needed to win. 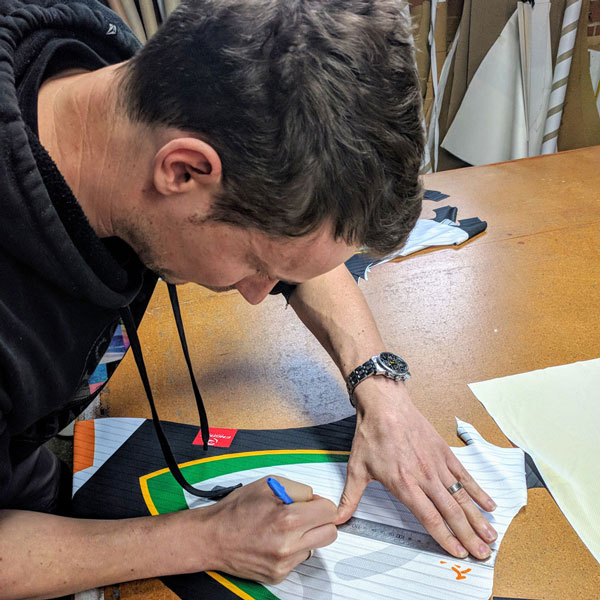 McAlister works with athletes to design custom race wear for sports like ice speed skating, cycling, triathlon and running, as well as performance wear for artistic skating and gymnastics. His focus is to design for peak athletic performance.

We use our unique engineering skills to make racers the fastest they can be.

Applying the skills he learnt at university to everything from programming an automated ordering system to running and servicing manufacturing equipment, McAlister is an advocate for studies in technology.

“It will always be useful, no matter what career path you’re considering,” he said.

“I never would have believed that studying computer science and engineering would lead me to making sportswear, but here I am and I love it.” 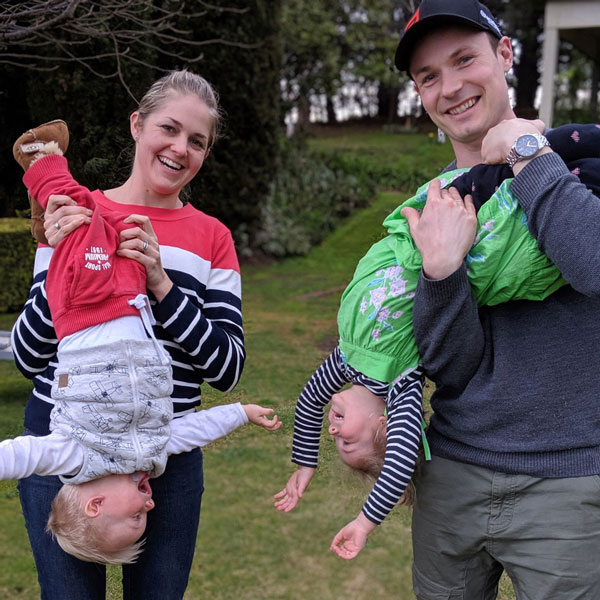 Paul with his wife Jenna and their children. Image: supplied.

After designing the suit that Australian skater Daniel Greig wore earlier this year when he broke the 100m inline sprint world record, as well as supplying to Australian Youth Olympic teams, McAlister now has his sights set on designing and manufacturing racewear for the Australian winter and summer Olympic teams. He also has ambitions to test his race wear in wind tunnels to measure and further improve on the aerodynamics.

“They are my ultimate goals,” he said.