In a sustainability double-whammy, recycled tyres are being used to create environmentally-friendly permeable pavements, already lining streets in Melbourne and Adelaide.

Australia’s cities are growing, which means more and more ground is being covered in concrete and asphalt. And that’s bad news for the environment.

When water can’t penetrate the ground, waterways become polluted and trees don’t get the nourishing environment they need. Stormwater runoff picks up pollutants on its way to the nearest river or creek, and the ground around trees can become dry, with less water going to their roots. And the risk of flooding increases.

But environmentally-friendly paving options, which filter water rather than collecting it on their surface, are becoming increasingly available in Australia. And one of the newest products uses recycled tyres, increasing its sustainability credentials even further. 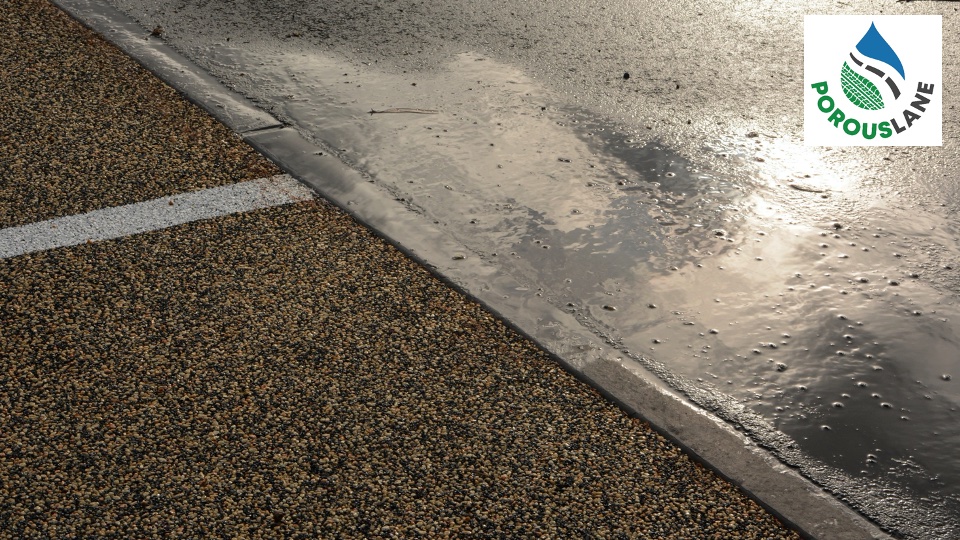 Born from University of Melbourne research and trialled with the City of Mitcham in Adelaide, Porous Lane uses old tyres to create permeable pavements that can be used for walkways, driveways, carparks and tree protection zones. They reduce stormwater runoff, protect against flooding, and divert more water to tree roots.

Widely used throughout Europe, permeable pavements are starting to attract attention in Australia, as governments seek to reduce the environmental impact of infrastructure developments.

Associate Professor Mahdi Disfani, a geotechnical engineering expert at the University of Melbourne, leads the research underpinning Porous Lane’s sustainable pavements. Initially drawn to the challenge of recycling old tyres into a useful, sustainable new product, he says he has also enjoyed the challenge of making his research commercially viable and creating industry impact.

“I quickly learned that even if my research was good from a fundamental point of view, it needed to have impact, too,” he says.

“It had to be practical, financially viable and competitive if it was going to work.”

Working closely with the Translating Research at Melbourne team (a division of the University dedicated to helping academics commercialise their research) Associate Professor Disfani incorporated end users’ feedback in the development of the pavement.

“It was a whole new territory for someone who has only ever done research,” he says.

For example, the first binder the team came up with was so sensitive to moisture, the pavement could only be laid on dry-weather days.

“That was obviously never going to be a practical option – especially in Victoria,” says Associate Professor Disfani.

The team experimented with the size and ratio of the rock and the tyre components, and engineered a binder that was sufficiently flexible as well as mechanically strong enough to tolerate traffic load.

The resulting product is more durable, easier to maintain and offers better water infiltration than its competitors. It’s also cheaper, with most alternatives using imported rock that requires significant processing. And it can be laid in most weather conditions.

Associate Professor Disfani, who remains a part of the Porous Lane team, says the product is a demonstration of the ‘circular economy’ in action. With most of Australia’s old tyres going to landfill (or even worse, illegally stockpiled on farms and other private properties), it is important to find alternative options.

Around sixty per cent of the Porous Lane permeable pavement is recycled tyre, with approximately three tyres used every square metre.

“Do we want to chuck these tyres into the creek, or can we be smarter about it and find ways of reusing them?” he asks.

Although less than one year old, Porous Lane has already worked with a number of local governments in Victoria and South Australia, mainly to pave around tree protection zones, and on footpaths and bicycle paths.

“Our cities are becoming denser and denser but we know that with climate change, extreme rainfall events are more likely.Flooding is increasingly a major issue.”

Councils are also placing more value on trees – both old and new - to grow the green canopy in our neighbourhoods and reduce the heating impact of hard surfaces in summer.

“Only a few years ago, many councils would let contractors cut through tree roots and surround them with concrete, but that’s changing fast, particularly as cities realise the importance of tree canopies to stay cool,” says Associate Professor Disfani.

If the popularity of Porous Lane’s pavement is anything to go by, permeable pavements have a bright future in Australia. It’s a promising example of what’s possible when researchers work closely with industry to meet real-world needs.